I want to Volunteer

Search for Opportunities in North Hampshire

Enter your postcode and a keyword or select some interests and activities.

Search our Help and Information Directory

Basingstoke Voluntary Action is a charitable company limited by guarantee (Charity Registration Number 1077442 / Company Ltd by Guarantee Number 3802713) and is governed by a Board of Trustees.

At BVA’s most recent AGM, on the 21st September 2018, our Chair, Carol Bode introduced four prospective Trustees, Jeanette Welton as Treasurer, and Dr Beth Linklater, Karen Chillman and Stephen Brearley were also elected.  Frank Mckenna and Gilda McIntosh have stepped down and we would like to thank them for their service and dedication to Basingstoke Voluntary Action

Our next Annual General Meeting will held on Friday the 20th of September 2019 and is open to all member groups. The Basingstoke Voluntary Action annual report is available on request. If you would like a copy please contact us.

Our Board comes from a variety of business and charity backgrounds and bring with them a wealth of knowledge and expertise. 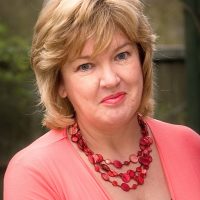 Carol joined BVA as a Trustee in September 2016 having been invited by the Chairman and CEO to facilitate strategic planning sessions with the Trustee Board and consider key governance arrangements. When Carol was asked to become a BVA Trustee she was pleased to do so.

After 30 years in leadership and management roles in Sainsbury’s, Top Shop, The AA and GMAC-RFC, Carol now devotes her time to organisations which have a strong social purpose and set of core values. Today, Carol holds Board Director roles in the NHS as Chair of Wiltshire Health and Care, Chair of the Radian Housing Group, with HCC as Independent Chair of Hampshire Safeguarding Adults Board and also serves as a local Magistrate. Until December 2015, Carol was Chair of Governors at The Costello School.

Carol loves knowing that in some small way she contributes in helping individuals, some living in very vulnerable circumstances, live as independent and fulfilling lives as possible.
She has lived in Basingstoke since 1979 so has seen Basingstoke and surrounding areas develop and continue to do so. Carol is married with grown up sons and loves photography! 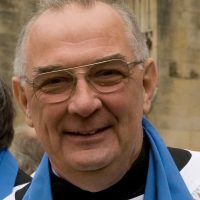 Mike has been involved in the voluntary sector for more than 30 years, in earlier times as a Scout Leader and Commissioner and for the last 9 years as a Licensed Lay Minister in the Parish of Basingstoke, based at St Michael’s in Church Square. Mike has volunteered at the Camrose Centre for Homeless and Vulnerably Housed People for three years and became a trustee in 2014.

When the charity merged with Basingstoke Voluntary Action, Mike became a trustee of the umbrella organisation in 2016. He has also been a volunteer with the 2016/2017 Night Light Winter Shelter project operated by churches in the town.

In addition to working at the drop-in sessions as a cook and general volunteer, Mike speaks to schools, youth organisations and other groups about the issue of homelessness in our town and what can be done about it.

From 2003-2018 Jeanette worked as Finance and HR Director with The Anvil Trust Ltd, is a qualified chartered accountant and has recently retired to spend more time with her family. She has worked with various charities and private individuals in the past as bookkeeper, accountant, treasurer and company secretary.
Jeannette continues to hold several volunteer roles and has served as a Trustee which has included Camrose in the past.
She firmly believes that volunteers are essential to provide and support services available to the public and that charities need support to be able to govern effectively. Given her experience as a Company Director, she is well versed in corporate governance and keen to join BVA in the role of Treasurer to ensure this is in place. 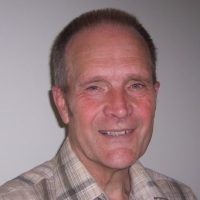 Trained as a physicist, Andy arrived in Basingstoke with his young family in 1978 to work in medical engineering. He was expecting to stay just a couple of years before moving on to pastures new! However, his work in a local church took over and he has been a leader with Basingstoke Community Churches for almost 37 years.

Andy has worked with homeless and vulnerable housed people for twenty of those years and became a founding member of the team that opened the Camrose Centre in 2008. Mainly due to his work with Camrose, the Foodbank and other local charities, Andy was invited to join the Board of BVA in 2013.

Being a bit of an ageing juvenile, Andy likes doing various hair-raising activities, usually from a great height, and he has been able to raise funds for Camrose through a doing a bungee jump and by climbing Mt. Kilimanjaro.

Beth is a highly experienced Education and Project Management professional with a variety of management, teaching, research, administration and leadership roles for 26 years in both academia and the wider educational sector and is a fluent German speaker.
Beth currently holds the position of Assistant Principal at Queen Mary’s College where she has worked since 2004 and where she is responsible for all areas of student support.
Having lived in Basingstoke for 14 years and been a school governor and Vice Chair at The Costello Academy, Beth wishes to continue to contribute to the town and give back to the community. At QMC she frequently has students who want to volunteer or benefit from the services of BVA and therefore she believes she would provide a useful link and bridge between the two.

Karen has over 30 years’ experience of working in the sector more than 15 years of which in senior management positions and currently holds the position of Head of Volunteering at Croydon Voluntary Action. Karen has also spent 6 years as a Trustee of Greater London Volunteering and is an active member of the South London Volunteering Networks.
Since taking on her current role, it has moved from a small back street office to a prominent location in the centre of Croydon and despite cuts in funding, she has developed new and initiative ways of working that has enabled it to maintain an open access service for 6 days per week to support VCS organisations and those who want to connect with their local communities. She is recognised as a leader within the volunteering community in London receiving a Police Commendation fort the work she has been doing around the appropriate adult volunteer scheme. She has many years’ experience of income generation and fundraising and an understanding of leveraging private sector finances and support for third sector organisations.
Karen moved to Basingstoke recently to be nearer family and now wants to contribute to her local community.

Stephen has worked for over a decade for Local Authorities and charities and has been entrusted in a variety of roles to work with some of the most vulnerable and challenging people in society. He has represented Local Authorities in court in highly emotive situations and has been involved in many very important decisions in respect of ensuring the safeguarding of children.
As a qualified Child Protection Social Worker, Stephen learnt skills
to be empathetic, in understanding and communicating clearly in dynamic and unpredictable situations and he now works in the commercial sector with Pepsico having persuaded them that these skills were transferable.
Stephen is very aware of current social issues and how this impacts all levels of society and has worked directly in the past with children, young people and adults who have all been directly impacted by poverty, neglect and abuse.
He is an experienced Trustee with CHICKS Children’s Charity since 2012, and lives locally in Basingstoke and now wants to contribute to his local community.

Keep notified on what's going on

Subscribe to our newsletter if part of a Charity, Voluntary Organisation based within Basingstoke & Deane or directly interacting with one.